Le norme traviate investigates the persistent significance and changing meaning of sexual normativity in Italian cinema and television, exploring its operating logic from the years of the economic miracle to the present day. How does heterosexuality present itself to audiences as both an ideal and a norm? What genre conventions, narrative tropes and forms of spectatorial engagement have been historically deployed with the two-fold goal of naturalizing heterosexuality and preserving a seemingly inclusive national imaginary? What sexualized exclusions and racialized ghosts have threatened the stability of this imaginary?

In answering these questions, the book explores some of the expanding territories of desire, intimacy and socialization being opened up by post-liberation gay culture. While appraising the significance of recent films such as Call Me by Your Name as evidence of a new era of liberal benevolence and acceptance of LGBTQ experiences, Le norme traviate investigates the emergence of new ethno-nationalistic configurations of sexual normativity and neoliberal homo-normalization in contemporary cinema and television. 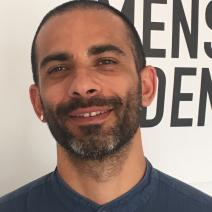 He has co-edited a book entitled Popular Italian Cinema (Palgrave: 2013) and is currently working on two book projects: a monograph on actress Anna Magnani and a volume provisionally titled Queer from the South: Film Video Art and Media Activism in the Mediterranean.