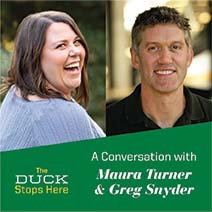 Tune in to this latest episode of "The Duck Stops Here Podcast" with two Pixar Ducks: 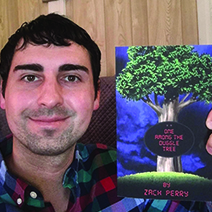 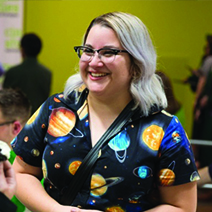 Sabrina Gimenez loved movies, but she couldn’t imagine a future in film until a light bulb moment during her senior year at the University of Oregon.

For a film studies class, she had created a short, stop-motion animated film about two bicycles that go on a date on campus, culminating in a dorm-room tryst. As she pieced the film together, she found herself completely enthralled. “All of a sudden, I look at my clock on the computer, and six hours had passed right before my very eyes, and I was like, ‘How did this happen?’” 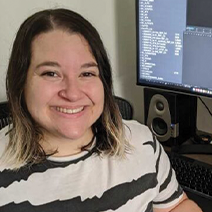 Who gave you your first break?

"I was fortunate enough to have a mentor, David Bess, whom I had met in my senior year of college when we connected through the University of Oregon’s Cinema Studies alumni network. David reached out on my behalf to a former colleague who happened to work where I wanted to work, Trailer Park. He passed my name along at an opportune moment when the agency’s satellite office was hiring a coordinator/assistant editor. David has had my back ever since." 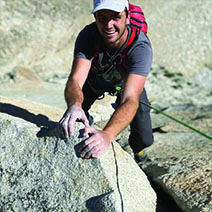 Comfortably ensconced in Hans Florine’s basement in Yosemite West where he works as a caretaker, Buschini fills his days with filming, taking photographs and climbing everything in sight. 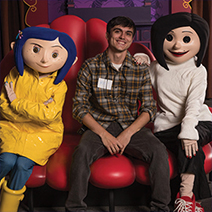 Story By Dana Norder, Class of ‘19

Matthew Thill graduated with a degree in Cinema Studies from the University of Oregon in 2014. Shortly after graduation, Thill joined Laika Entertainment, a stop-motion production company based in Portland, Oregon. Thill says “storytelling and film are the motivating forces for me in my life.” Originally Thill thought he wanted to pursue a career in nutrition or food science. However, realizing this wasn’t the direction he wanted to take, he followed his dad’s advice. “It was thanks to my father, who raised me from the age of six onward, to pursue a major/career in the field in which I was truly passionate about: Cinema Studies.” 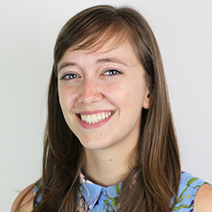 Story By Kylie Elliot, Class of ‘18

Samantha Stendal graduated with a degree in Cinema Studies and a multimedia minor from the University of Oregon in 2015. After graduation, Stendal put her Cinema Studies degree to work at Walt Disney Animation Studios (WDAS) in Burbank, California, where she is working as a layout production assistant on the upcoming animated film, Ralph Breaks the Internet: Wreck-It Ralph 2 (2018). A filmmaker-driven animation studio, WDAS has created everything from 1937's Snow White and the Seven Dwarfs, to Cinderella, Sleeping Beauty, The Lion King, Zootopia, Moana, and 2013's Academy Award®-winning Frozen – the biggest animated film of all time. 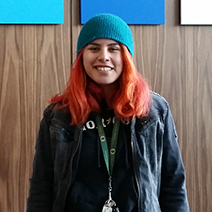 Claire Haines, a 2015 graduate of the University of Oregon Cinema Studies Department, chose the Cinema Studies major because of her interest in film since high school. After applying to film schools all across the country, Haines says “I chose University of Oregon because not only was [it] a great place to live [and] had a great student culture, but also it had a young and growing program that really interested me.” 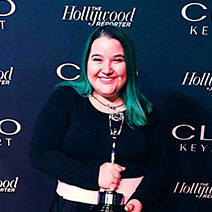 Sabrina Gimenez graduated with a degree in Cinema Studies and English from the University of Oregon in 2013. She was originally an English major because the Cinema Studies major was not yet offered when she started at the UO. “When [the major] became available, I was very interested in the production aspect of film and how academic theory can be applied to that process of filmmaking,” so Gimenez ended up doubling in Cinema Studies and English. While at the UO, Gimenez built a strong relationship with Dr. Kathleen Rowe Karlyn, UO professor emerita and founding director of Cinema Studies, whose instruction still impacts Gimenez today. Karlyn “continues to shape my understanding of cinema and television through a critical, analytical and intersectional feminist lens.” Gimenez also became drawn to editing while a sophomore at the UO and from her experiences “began to understand exactly how much control I would have in increasing representation on screen from the editing bay.” 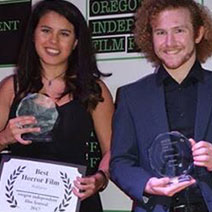 Brad Burke graduated with a degree in Cinema Studies from the University of Oregon in 2016. He chose Cinema Studies as his major because “working in film had been my dream as long as I could remember,” and he actually wrote his “first screenplay in the second grade.”