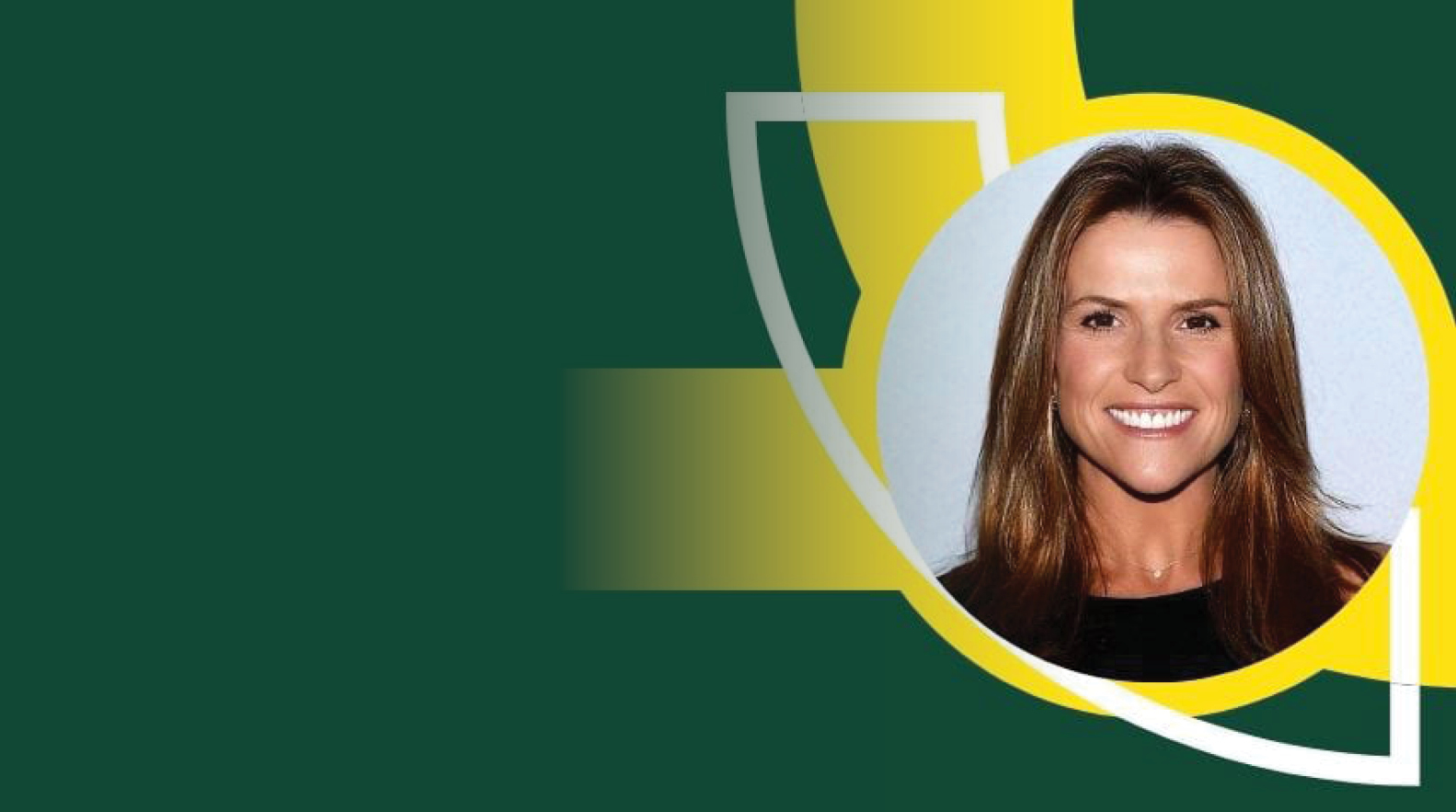 THE ART OF
THE PITCH

Coming up with a great idea is only half the battle. You’ll need to know how to effectively “pitch” it to get the funding and resources that you need to make it a reality. In this unique virtual event, Emmy Award-Winning UO alumna and Little Engine Productions Founder, Gina Matthews shares the secrets to crafting an entertaining pitch that will keep audience members on the edge of their seat.

Matthews’ experience and success producing film and television (see full bio below) has given her a front row seat to countless pitches, across all genres — some successful, some not. She will share her wisdom, show us excerpts from real-life Hollywood pitches, and sprinkle memorable anecdotes along the way.

This workshop is geared toward Cinema Studies students and alumni, but Ducks from almost any industry will benefit from learning the art of creating an emotionally resonate, concise pitch. Attendees from other disciplines are enthusiastically welcome to join us for the seminar and subsequent Q & A session.

Like the acclaimed children’s book, Little Engine Founder and Award Winning Producer Gina Matthews has a guiding belief when it comes to business; “I think I can.” That ‘can do’ attitude was ingrained in Matthews at a young age by her hard working immigrant mother, and it has proved especially valuable in the making of several successful films and over 100 hours of television.

Matthews’ credits include the hit romantic comedies What Women Want starring Mel Gibson and Helen Hunt, 13 Going On 30 starring Jennifer Garner and Mark Ruffalo, and Isn’t it Romantic starring Rebel Wilson and Liam Hemsworth. She began her producing career with the Urban Legend horror franchise, and most recently produced the true story romantic drama All My Life for Universal Pictures.

Having produced big budget films and show-running several television series, Matthews has honed her management skills by working across all aspects of the entertainment industry from large film crews, to directors, A-List stars and cast, physical production, post production, studio and network executives.

Matthews is known for her tireless work ethic, strong creative skills and deep talent relationships and has garnered particular praise and recognition for her commitment to developing projects with strong female characters and underrepresented voices.

She was awarded an Emmy for Showtime’s Summer’s End starring James Earl Jones. The Wishing Tree starring Alfred Woodard and Blair Underwood was nominated for five Emmys. Matthews received a GLAAD award for tv series Popular which she co-created with Ryan Murphy. Her Event Series Saints & Strangers was lauded for the authentic portrayal of American Indians and received a WGA Award, the prestigious NAMIC award as well as three Critics Choice Nominations.

But the recognition in which Matthews feels will have a “lasting impact” is the ReFrame Stamp earned by Isn’t It Romantic for demonstrating success in gender-balanced hiring. As an EU Passport holder, Matthews is well-versed in the world of International Co-Productions and has filmed projects all over the globe including the Czech Republic, Croatia, Turkey, Canada and South Africa. Her Emmy nominated series, Missing starring Ashley Judd, was shot entirely on location in Europe and was delivered on time and under budget.

This past year, Matthews stepped into the tech space creating and producing the world’s first interactive AR dance show, MOVE IT! for Snapchat, in which Matthews build 60 AR Lenses. Little Engine served as the studio.

Matthews graduated from University Of Oregon with a BA in Telecommunications & Film and a Minor in Photography. She is a member of the WGA, PGA, and Television Academy and resides in Los Angeles with her husband and two wonderful children who still cite “The Little Engine That Could” as their favorite children’s book.